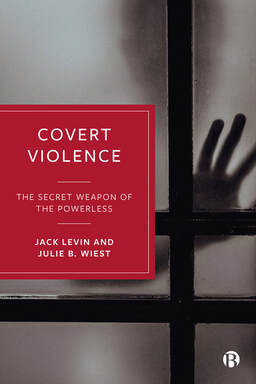 Coming in 2023 from Bristol University Press!
Covert violence is a type of everyday violence that exists deep in the shadows of society. Until now, it has eluded not only the attention of victims but also largely that of scholars, journalists, members of law enforcement, and others with an interest in understanding crime and violent behavior. This book introduces the novel concept of covert violence, establishes its links to various forms of power (and powerlessness) in society, and illustrates its incidence patterns within a variety of social contexts—each of which comprises unique power dynamics—including families and close relationships, formal education, workplaces, politics and government, mass media, and healthcare. Laying the foundation for our arguments is an exploratory study we conducted of U.S. deaths that were originally classified as something other than homicide but subsequently reclassified as homicide many weeks, months, or even years later and given news media attention within a three-year period (June 2017 to July 2020). Although the findings lend strong support for the likelihood that covert acts of violence are under-represented in official crime reports, our deeper examination of these cases offers both insights and practical strategies for understanding, identifying, and ultimately preventing these violent events.
​
Covert Violence: The Secret Weapon of the Powerless​
2023, Bristol University Press 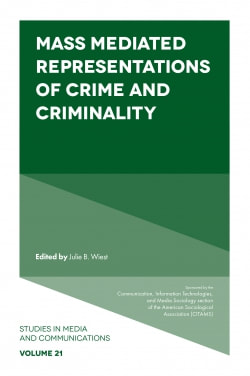 Sponsored by the Communication, Information Technologies, and Media Sociology section of the American Sociological Association (CITAMS), this volume in Emerald Studies in Media and Communications features social science research that examines the practices, patterns, and messages related to representations of crime in mass media around the world. Chapters focus on a wide range of fact-based and fictional accounts of criminality as depicted in print and broadcast news, documentary and video-on-demand films, and television programs.

Stories about crime and criminality have long been the mainstay of news and entertainment media content, and the intersection of crime and media is a common topic in scholarly research. Moreover, substantial evidence indicates that these media depictions are highly influential as people in economically advanced societies - who tend to have little personal experience with crime-form perceptions about criminality, crime rates, characteristics of criminals, and even their own likelihood of victimization. Thus, ongoing examination of crime images within various types of mass media aids in understanding the associated messages and meanings that are disseminated to consumers. This volume will enhance the knowledge of junior and senior scholars in criminology, sociology, journalism, and communication/media studies, particularly because of its inclusion of crime stories in a variety of formats and that represent media content from nations spanning five continents. 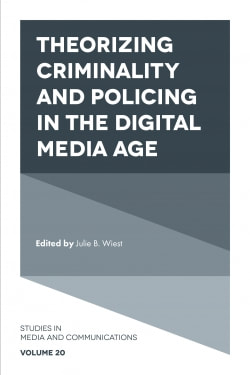 Sponsored by the Communication, Information Technologies, and Media Sociology section of the American Sociological Association (CITAMS), this volume in Emerald Studies in Media and Communications features social science research on criminality, policing, and mass media in the digital age. Chapters offer empirically supported studies that expand on knowledge about new possibilities for crime and policing, representations of criminality via digital media, and methodological considerations for contemporary studies of crime and media.

Criminality, policing, and mass media are enduring topics in studies of the social world, and scholarly advances in these areas are particularly pertinent in times of social and cultural change. The digital revolution that began in post-industrial societies has affected, to varying extents, most nations in the world, introducing new opportunities for crime commission and law enforcement, transforming social structures and organization, and altering norms and practices of social interaction. Each chapter offers empirically supported insights into the new and evolving landscape of criminality and policing. Scholars address emerging patterns and practices such as technologically mediated intimate partner violence, digitally altered pornography and its consequences, and algorithm-supported methods of policing; representations of criminals and law enforcement in international news and entertainment media; and research methods for studying crime and media in a changing world. 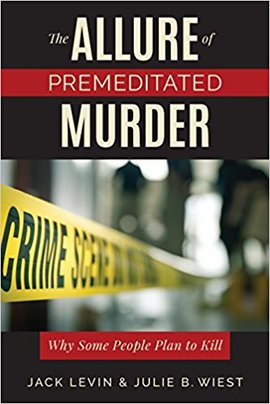 ​Any murder causes pain and suffering that ripple through families and communities—of both the victims and the perpetrators—but premeditated murders cause the worst kind of damage. The Allure of Premeditated Murder is about the worst kinds of premeditated homicide in which the perpetrator plans an attack over a period of days, weeks, or months, leaving behind massive carnage and unspeakable suffering. Drawing on extensive research and interviews with murderers, sociologists Jack Levin and Julie B. Wiest help readers understand why such vicious murders occur and what we can do to minimize their incidence. Throughout the book, they examine why people engage in acts of premeditated murder—planning and implementing terrible violence against others—from the perpetrator’s viewpoint.

​By juxtaposing the motivations for these hideous homicides against everyday social circumstances, these often-baffling crimes are explained in an easy-to-understand manner that paves the way for promising solutions. In the process of examining the characteristics of premeditated murder, the book also addresses those questions that are commonly asked about this kind of violent crime but usually unanswered. How could a killer have enjoyed his murderous rampage when he committed suicide right afterward? Why do sadistic killers sometimes regard their murders as great accomplishments? What can be done to effectively reduce the likelihood of this kind of homicide? As violence remains such a prominent and troubling topic nationwide, The Allure of Premeditated Murder successfully explores the reasons behind the worst violence as well as the most promising solutions. 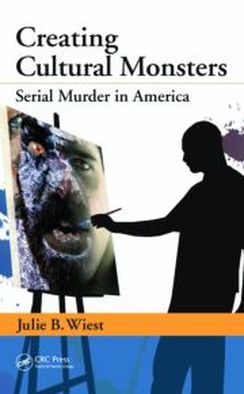 Serial murderers generate an abundance of public interest, media coverage, and law enforcement attention, yet after decades of studies, serial murder researchers have been unable to answer the most important question: Why? Providing a unique and comprehensive exploration, Creating Cultural Monsters: Serial Murder in America explains connections between American culture and the incidence of serial murder, including reasons why most identified serial murderers are white, male Americans. It describes the omnipresence of serial murder in American media and investigates what it would take to decrease its occurrence.

We Were There includes thirty World War II accounts told by men who lived it
and (in some cases, narrowly) lived to tell about it. These veterans, representing all branches of the military, each played a different and important role in the war.
These first-hand accounts provide personal insights into the hardships, monotony, adventure, and terror of war. Readers share in the loneliness, camaraderie, fear, and success as these young men selflessly serve their country, for many of them, on hostile land. The joy of World War II victory is short-lived, however, as they return to civilian life and face the adjustments necessary for returning to their families and restarting their education and careers.